How to experience the desert safari by 4×4 route? 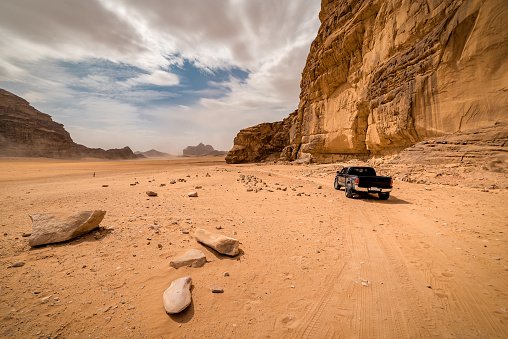 Knowing its desert is essential in your trip to the United Arab Emirates. For this, nothing better than the Safari Desert Dubai excursion, a desert safari in Dubai. According to the RAE, a “safari” is a tour to see or photograph wild animals in Africa or other territories.

Why is the Dubai desert tour called “safari.”?

This question is a point that has yet to become clear to me. Under the concept of “desert safari,” a 4×4 excursion between massive reddish dunes is hidden in Dubai.

Animals, what is said, there are relatively few, some lizards and, with luck, a scorpion. But, of course, fun is guaranteed.

To do the desert safari, we were picked up from the hotel in the early afternoon in a white SUV, a Toyota Land Cruiser. Since Japan is the largest importer of oil from the United Arab Emirates, it is to be expected that they reciprocate by importing their vehicles; hence, added to the desert landscape of the country, the Land Cruiser is a great vehicle option, being the model of best-selling SUV in the United Arab Emirates.

Once in the car, reaching the desert is not a blink of an eye. Instead, a little over an hour separates it from Dubai. Still, it is only forty-five or fifty minutes that you start to see how the landscape becomes increasingly arid once you leave the highway to enter a sandy road that ends in a camp, from which the first dunes can be glimpsed.

We made a technical stop where we waited for other SUVs that came for the excursion; When we were all there, they were numbered for safety, and we all left for the desert.

The excursion is exciting. I remember that at the beginning, Haroon, the guy who was driving, asked us how “hard” (strong) we wanted the tour to be if it was quiet or moving. So my brother and I, of course, wanted it to go full throttle. This added to the fact that the guide was the youngest of the group and would have “wanted to be funny”, making it tremendously entertaining.

The duration of the tour in the desert is just over an hour. But practically an hour by car on two wheels of going down impossible slopes and of unimaginable compliments. It looked like you were surfing the waves.

On several occasions, we saw how other cars accompanying us had gotten stuck in the sand; luckily, ours passed without any problems. Another fun thing is that when there are several cars when you have just done something “dangerous”, like going down a super steep dune, then from below, you can see how the others go down it, and you are even more aware of where you have just passed.

In the middle of the tour, a stop is made to be able to touch the sand, make the little angel, take photos or do whatever you want. And you were there, in the middle of nowhere, turning 360 degrees and seeing only dunes and more dunes. So you moved away a little and were utterly alone in the immensity, an incredible feeling of fullness.

On the way back, near the camp where we were going to have dinner, we stopped to watch the sunset. We climbed a large dune that had the evening right before us. I took a couple of quick photos and put the camera away so we could focus on relaxing and enjoying the spectacle before our eyes. Then, seeing the sun behind the desert, hiding between giant dunes.

Sunset in the Dubai desert:

To go down to the camp, they gave us the option of getting in the car or going down the great dune on foot. We, of course, choose this option. Since my visit to the Dune du Pyla in France (the highest in Europe), I am aware of how complicated it can be to go down a mountain of sand, in which, at every step, your leg sinks to the knee, and you lose balance. So it is best to do it quickly and try not to go down doing “the croquette”.

Once in the camp, we spent an evening with dim lighting, we had a barbecue dinner, and while we enjoyed a show of traditional dances  (the dance consisted of spinning non-stop while taking out plates, moving clothes, etc. The man went more than twenty minutes without stopping spinning, excellent)  and belly dancing (Emirati traditional dance). A highly recommended excursion since it brings together many points that, at least for me, are essential: tradition, nature, views, gastronomy, and adrenaline. You have to do it if you are visiting Dubai; This Dubai desert safari is one of the best experiences in the city.

In constructing a house, you must choose which house builders near me will deal with. The first point a house purchaser needs to do is...
Read more
MORE STORIES
Travel

admin - April 15, 2021 0
Transportation from one area to an additional is an unpreventable part of our life. Each day, whether it is for the workplace...